In 2022, we will be presenting Ben Hur by Patrick Barlow, based on the novel by General ‘Lew’ Wallace.

The production reunites the team behind our outrageous comedy The 39 Steps (also written by Patrick Barlow) in 2012 and uses just four actors to tell the epic story set in ancient Rome. 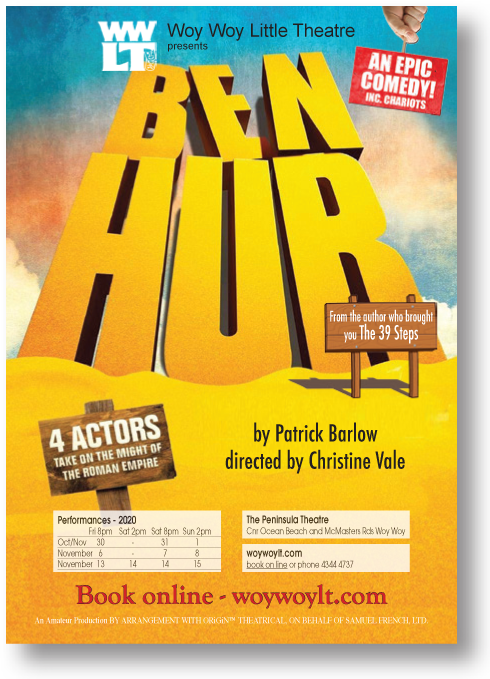