Jack and Susie Cameron are spirits who have returned to the country cottage where they once lived. This is because they were refused entry into heaven – Jack is an atheist.

In life Jack was a famous crime writer and Susie his sophisticated wife.

In death they have been quite bored scaring off the estate agent and prospective tenants.

Until Simon and Flic come along. Simon is an aspiring crime writer himself and idolises Jack Cameron and Susie loves the idea that Flic is pregnant. Flic’s monstrous mother, Marcia, is doing her best to separate them. Simon gets writer’s block, so Susie draws Jack in to helping him – so Jack and Susie become drawn in to Simon and Flic’s lives.

Nothing works so Susie calls down her guardian angel, who, much to her surprise, actually show up! But she is nothing like the angelic figure we would expect.

But she does show Jack and Susie a rather unorthodox way to help Simon with his writing which also ends up producing some hilarious scenes of utter confusion.

The plays crescendos to Christmas arriving with a snow storm and a baby and some nice twists at the end.

This is an entertaining comedy that audiences should enjoy from the opening moments without working too hard.

The dialogue is clever and fast paced and the audience is listening to multiple conversation through much of the play. So there is no time to rest. 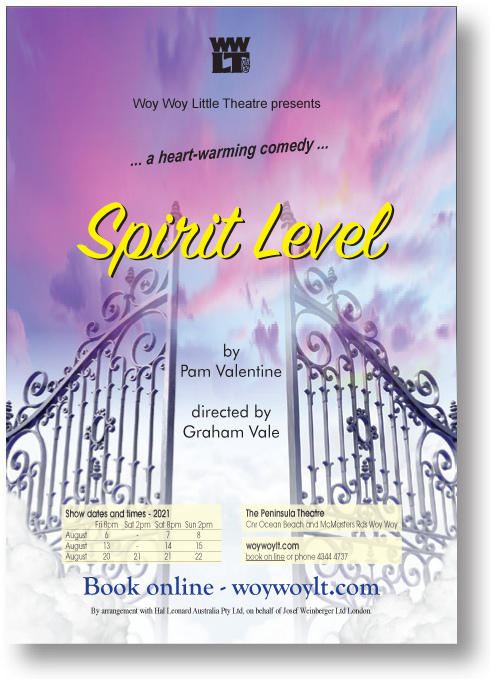