by Nick Enright and Terence Clarke
directed by Christine Vale

Based on the play by Carlo Goldoni

Venetian Twins is a rollicking, fast-paced, farcical romp of mistaken identities, love, lust, chivalry, murder – and more. Oh – and it is partly told through song. Yep! It’s got it all. 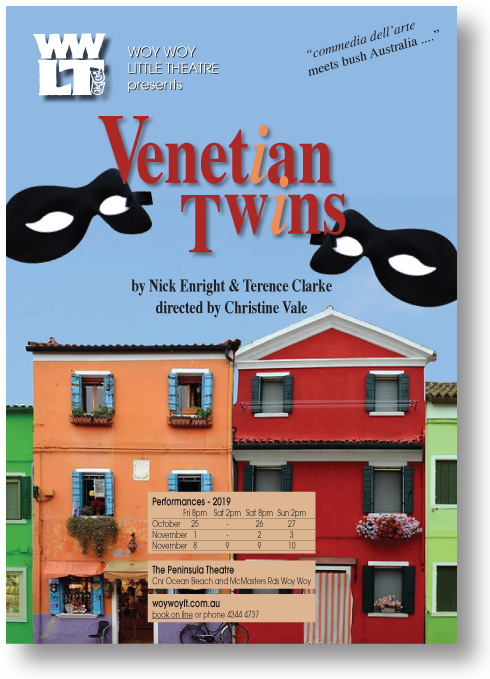