If you are dreading a family Christmas, this play may give you nightmares.

Half a dozen friends and relatives are celebrating Christmas with Neville and Belinda. Various children are also there and, though unseen, their presence is always felt.

Petty squabbles break out and some not so petty.

The arrival of Clive, a young writer, leads to what momentarily appears to be a tragedy: Clive is shot by trigger happy Harvey who thinks he is a burglar.

Hilarious highlights include a chaotically incompetent puppet show and a midnight love scene that sets off a fearful din among mechanical Christmas toys. 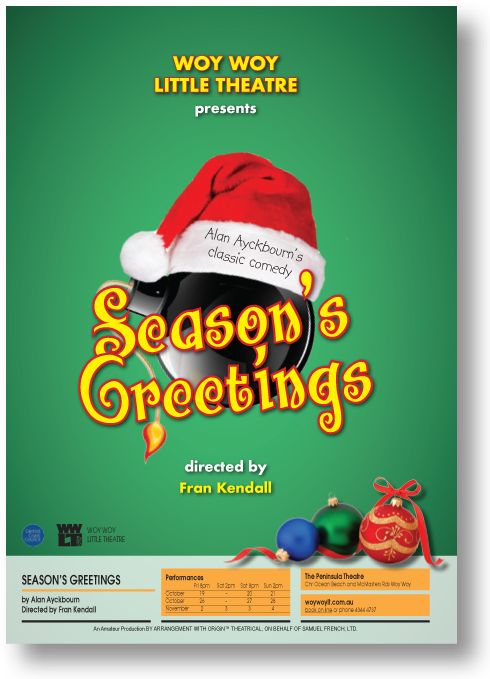