Madame Rubenstein is hilarious and explores an imagined relationship between an elderly Rubinstein and Arden in 1950s and 1960s.

Cosmetics Queen Helena Rubinstein is well known for her luxurious skincare products and lucrative beauty empire - but do you know the woman behind it all? As a Polish-Jewish immigrant to Australia, she rose to fame and pioneered the first water-proof mascara in a male-dominated world. Madame Rubenstein, pays homage to Rubinstein's career that began in country Victoria.

Helena Rubinstein emigrated from Poland to Australia in 1902, and settled in Victorian town, Coleraine. With little money, she started selling her Polish mother's face cream and sourced lanolin from local farmers. This was the beginning of a new life for Rubinstein and one that would see her immortalised for years to come. Although she came from humble beginnings, she went on to build a lucrative empire largely based in New York. Her first luxurious beauty salon, Salon de BeautÃ© Valaze, was located in Collins St, Melbourne.

The play presents Rubinstein's strength and more importantly her flaws. Rubinstein built an incredible empire but along the way she saw her marriages fall apart and her relationship with her sons suffered. She was often lonely and worked as it was the one thing that wouldn't leave her.

“ ….. Madame Rubenstein offers up a lot of drama and hilarious one-liners that keep on coming. Refreshingly funny and commanding performance that will leave you yearning for more.” 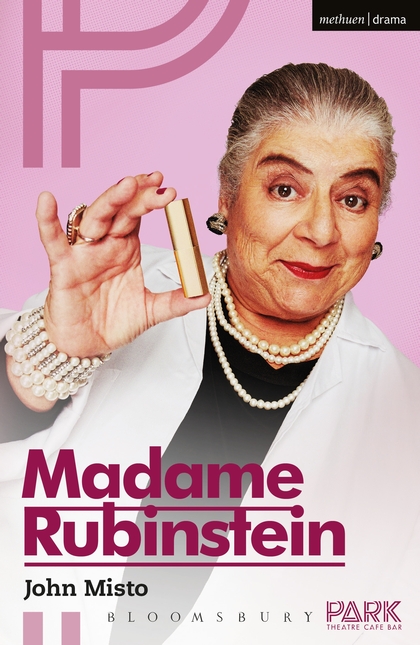