Australian Play
Roland Henning is a famous playwright. He has reluctantly come to see a psychologist because he has writer’s block. When he refuses to co-operate with the psychologist she confronts him with his history of drug addiction and he opens up a bit. He explains to her that the writer’s block began when legal action was brought against his last play for theft of material. His response was to scour his work for signs of its originality and since then he’s been unable to write. The psychologist asks him to think about a time in his life when he was imaginatively free.

Toy Symphony moves between the present day and flashbacks to Roland Henning’s childhood in the Sutherland Shire in the 1960s. 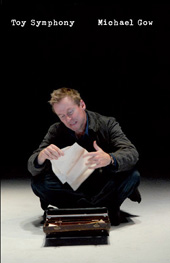