Party Piece is set in two adjoining gardens over a summer’s afternoon and evening in West London, 2022.

In the afternoon, nouveau riche Doctor Michael Smethurst and his wife Roma, are preparing for a fancy-dress housewarming party (theme is couples in reverse).

In the other garden, domestic squabbles erupt as a son is trying to persuade his antagonistic working-class Mother to sell her house and move into more appropriate accommodation.  A fence separates these neighbours, but it has a peep hole, which is used to great comic effect for each household to spy on one another and to enhance the class warfare.

The evening looks set to be a lively one until a string of hilarious disasters strike, and the party descends into disaster and chaos. There is a distinct lack of guests, a marauding Zimmer frame, a shed and wig engulfed by fire and the prospect of an irate husband on the prowl.

All this combines for a hilarious and chaotic play! 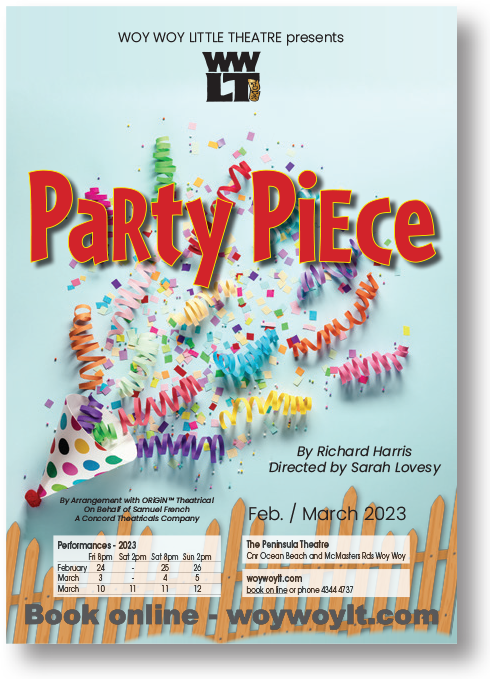