The 2015 and 2016 Flash festivals were huge successes, showcasing the outstanding local talent we have here on the Central Coast.

In 2017 Woy Woy Little Theatre took its Community Engagement project in a different direction by staging “The Laramie Project” and now Flash, in its original short play festival format, is returning in 2018.

The plays have now been selected and are:

Directors have been selected. Auditions have been completed and a list of cast and crew will be added here shortly.

There is a diverse range of interpretations of this year's theme: CHANGE.

All ten plays are presented at each performance. The plays are judged by an expert independent panel on Saturday night and you have the option to vote on your most popular play.

After the final matinee on Sunday there is an awards ceremony. So if you want to be there for that you should book early. You can book here.

Come and see what our local artists can do. It's great community theatre. 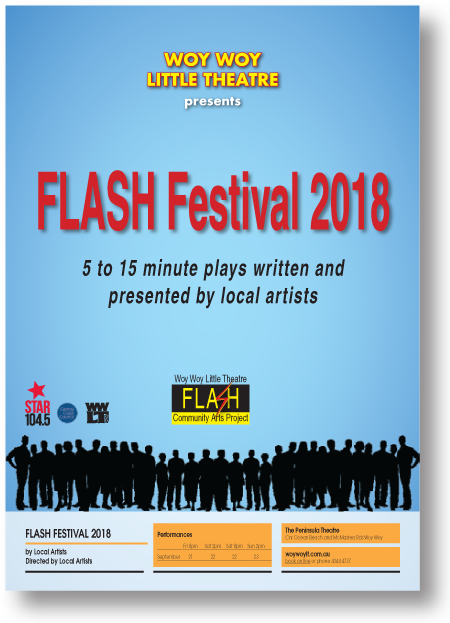