The star of the highly successful Wharf Revue takes no prisoners in this hilarious play.

The Australia Day committee is gearing up to put on the town’s biggest party – but they have a few issues of their own to sort out first.

Everyone from the Greens to the local mayor to the CWA want a piece of the party pie. It’s proving hard yakka.

Nothing is sacred. The national identity is put through the ringer.

A thoroughly modern ripper of a comedy! Don’t miss it and don’t bring the kids. It’s rated MA and contains coarse language.

Some Thoughts on Australia Day 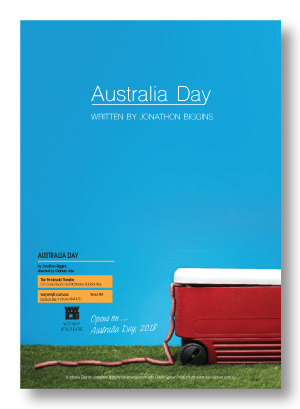