AN INSPECTOR CALLS is one of the greatest mystery dramas of all time.

It’s 1912 England - two years before the outbreak of the most cruel war ever.

Some, like wealthy industrialist Arthur Birling (played by Steve Pearson), see no danger ahead: they’re ruthlessly maximising profits at the expense of their workers who grind out their days in filthy and dangerous conditions for starvation wages.

Arthur and Sybil Birling (Sally Bartley) are celebrating the engagement of their daughter Sheila (Tullia Cairns) to the son of an even wealthier industrialist: Gerald Croft (Miguel Cullen-Green) is quite a catch! Sheila’s strange brother Eric (Ryan Amin) however is not in party mood.  Then the maid (Jessica Curtis) announces the arrival of a Police Inspector (Aidan Cuddington). He has shocking news: a young local woman has suicided by drinking disinfectant.

The mood darkens as each in turn is interrogated by the Inspector to find out if they played a part in the young woman’s slide to suicide. Slowly the guilty are unmasked - and his job done, the Inspector leaves.  Only then does the family ask: who was he?

No spoilers by telling the end - but it’s one of the reasons this drama remains as powerful and chilling as when it was first produced in 1946. 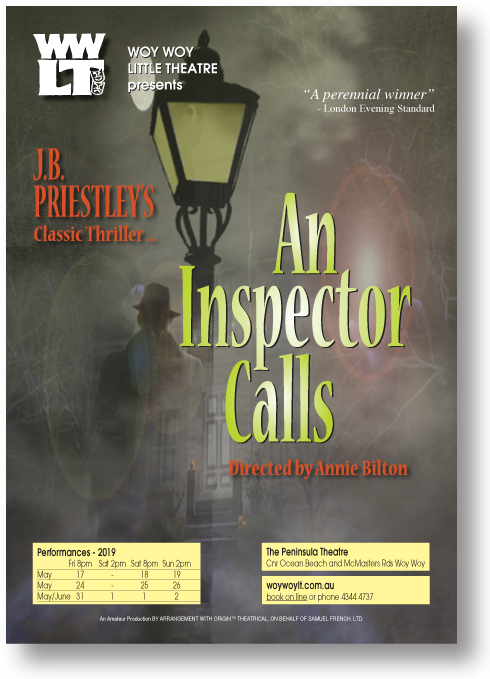